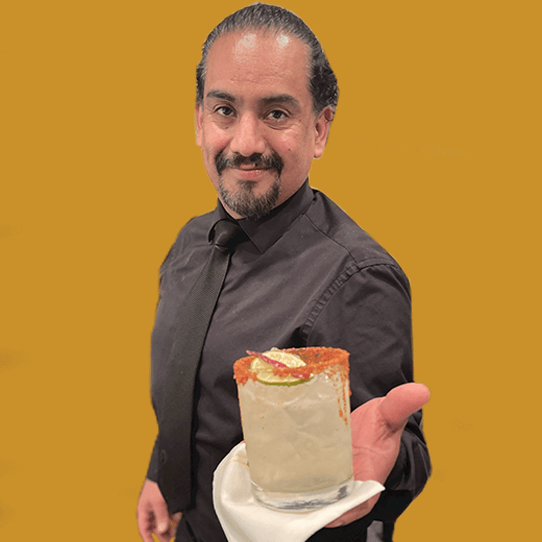 Hector’s career as a Bartender and Mixologist was launched in 1998 with Princess Cruises, and after a few years working in various Westchester country clubs, such as the Sleepy Hollow Country Club, Beach Point Club, Fenway, Coveleigh Club, Scarsdale Golf Club, he moved on to Hotel Holiday in 2006, then Weeburn CC as head waiter in 2009.

In 2010, Hector helped open and manage a restaurant in midtown NYC for 2 years, followed by stints at the Hyatt Greenwich Regency Hotel, Darien CC and Bellhaven Yacht Club. Since 2015, he’s been working exclusively as Mixologist and bartender at private events, bringing a passion for the craft and always trying to create memorable moments.

A long time member of the Greenwich community, Hector is a single dad raising two teenage daughters. So he works tirelessly, driven by a passion for what he does, meeting new people and having magnificent experiences. Hector is grateful for how the industry of gastronomy has opened so many doors for him, and looks forward to making you one of his signature cocktails.

Design and Development by Cydomedia